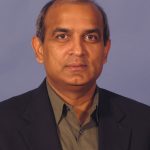 Sudhakar Yalamanchili earned his PhD in Electrical & Computer Engineering from the University of Texas at Austin. After working in industry, he joined the ECE faculty at Georgia Tech in 1989 where he is now Regents Professor and Joseph M. Pettit Professor of Computer Engineering. From 2003-2013 he served as Co-Director for the NSF Industry/University Cooperative Research Center on Experimental Computer Systems. He serves regularly on conference program committees and editorial boards for journals in computer architecture and high-performance computing. He is a Fellow of the IEEE. 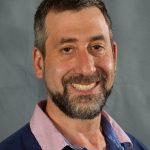 Scott Pakin has worked since 2002 as a scientist at Los Alamos National Laboratory. He has researched over time a variety of Computer Science topics related to high-performance computing, including programming models, application performance analysis, energy efficiency, high-speed communication, and recently, quantum computing. Scott holds a Ph.D. in Computer Science from the University of Illinois at Urbana-Champaign. 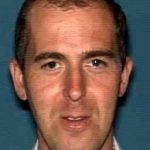 Francky Catthoor received a Ph.D. in EE from the Katholieke Univ. Leuven, Belgium in 1987. At IMEC, he has first headed several research domains in the area of synthesis techniques and architectural methodologies. Since 2000 he is strongly involved also in deep submicron technology aspects, IoT and biomedical platforms, and photovoltaic modules and systems. Currently he is an IMEC fellow and part-time professor at the KULeuven. 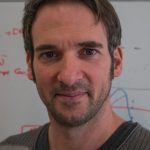 Since 2011, Holger Fröning has been associate professor at the Institute of Computer Engineering at the Ruprecht-Karls University of Heidelberg (Germany). During this time, he was with NVIDIA Research (Santa Clara, CA, US) as visiting scientist, and with Graz University of Technology, Austria, as visiting professor. From 2008 to 2011 he reported to Jose Duato from the Technical University of Valencia (Spain). He received his MSc in 2001, his PhD in 2007 from the University of Mannheim, Germany and a Google Faculty Research Award in 2014. His research interests include hardware and software architectures, co-design, data movement optimizations, and associated power and energy aspects.. 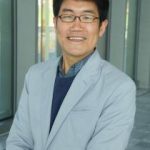 Gi-Joon Nam is currently a research staff member and the manager of the Design Automation Group in IBM’s T. J. Watson Research Center. He has more than 15 years of professional experience in the semiconductor and electronic design automation industry and published over 50 technical publications and issued patents. Dr. Nam served as a technical program committee members for most premier conferences in this field such as DAC (Design Automation Conference) and ICCAD (International Conference on Computer-Aided Design) for many years, and was an associate editor for IEEE TCAD (Transactions on Computer-Aided Design of Integrated Circuits and Systems). He is the recipient of several IBM outstanding/technical research awards and IBM corporate achievement awards.

Tajana Šimunić Rosing is Professor, holder of the Fratamico Endowed Chair, IEEE Fellow, and director of System Energy Efficiency Lab at UCSD. Her research interests are in energy efficient computing, cyber-physical and distributed systems.  She is leading a number of projects, including efforts funded by DARPA/SRC JUMP CRISP program, with focus on design of accelerators for analysis of big data, a project focused on developing AI systems in support of healthy living, SRC funded project on IoT system reliability and maintainability, and NSF funded project on design and calibration of air-quality sensors and others.  She recently headed the effort on SmartCities that was part of DARPA and industry funded TerraSwarm center. Tajana led the energy efficient datacenters theme in MuSyC center, and a number of large projects funded by both industry and government focused on power and thermal management.  Tajana’s work on proactive thermal management and ambient-driven thermal modeling was instrumental in laying the groundwork in this field, and has since resulted in a number of industrial implementations.  Her research on event driven dynamic power management laid the mathematical foundations for the engineering problem, devised a globally optimal solution and more importantly defined the framework for future researchers to approach these kinds of problems in embedded system design.  From 1998 until 2005 she was a full time research scientist at HP Labs while also leading research efforts at Stanford University.  She finished her PhD in EE in 2001 at Stanford, concurrently with finishing her Masters in Engineering Management.  Her PhD topic was dynamic management of power consumption.  Prior to pursuing the PhD, she worked as a senior design engineer at Altera Corporation.  She has served at a number of Technical Paper Committees, including being an Associate Editor of IEEE Transactions on Mobile Computing, an Associate Editor of IEEE Transactions on Circuits and Systems, and a Guest Editor for the Special Issue of IEEE Transactions on VLSI. 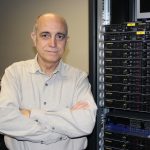 Jose Duato is Professor in the Department of Computer Engineering (DISCA) at the Technical University of Valencia (Universitat Politècnica de València). His current research interests include interconnection networks, multicore and accelerator architectures, deep learning, and quantum computing. He published over 500 refereed papers. According to Google Scholar, his publications received more than 14,000 citations. His theory of deadlock-free adaptive routing has been used in the design of the Cray T3E supercomputer, the on-chip router of the Alpha 21364 microprocessor, and the IBM BlueGene/L supercomputer. He also developed RECN, a scalable congestion management technique, and led the Advanced Technology Group in the HyperTransport Consortium, being the main contributor to the High Node Count HyperTransport Specification 1.0. He also led the development of rCUDA, which enables remote virtualized access to GP-GPU accelerators using a CUDA interface. Prof. Duato is the first author of the book “Interconnection Networks: An Engineering Approach”. He also served as a member of the editorial boards of IEEE Transactions on Parallel and Distributed Systems, IEEE Transactions on Computers, and IEEE Computer Architecture Letters. Prof. Duato was awarded with the National Research Prize in 2009 and the “Rey Jaime I” Prize in 2006.